YOU NEVER KNOW WHO'S GONNA BE ABOARD

On January 12, 1999 I had a trip aboard N225CC, a Falcon 100, from ESN-MTN-LEX-MTN-ESN and our prime customer was Senator Mitch McConnell. This was an insane time for Senate travel because it was at the peak of the Clinton impeachment trial. Senators had obligations after the hearing adjourned for the day, but had to be back in chambers by the next morning. So, they had to leave the chamber, hustle to an airport, board a private jet, make their appearance and then hustle back to DC. DCA was slammed every night so Senator McConnell and his aids limo'ed to Martian State airport just north of Baltimore where we picked them up and headed for Lexington, KY.

As we flew out, we could hear them talking in the back of the aircraft, but could not get all of the conversation because much of it seemed to be about the closed-door evidence so it was in hushed tones. What we could pick out was something about tiger stripe panties and it was apparently quite funny.

Before we left LEX they told us that we had one additional passenger. Didn't matter to us, we had 3 empty seats and no weight issues. The young blond lady extra passenger said that her airline reservation back to DC had gotten screwed up and she was about to get stuck in LEX. When the senator heard that, he told her she could hitch a ride back with us. I immediately recognized her as one of the news show "talkin' heads" that I'd seen on all of the networks, but I couldn't remember her name. We got them back to MTN and they caught their limo back to DC without as much as a bump. It was a an easy trip with good weather and we re-positioned back to ESN.

About a week later I was channel surfing the news and there she was! I read her name it was Kellyann Conway. Today, January 20th, 2017... 18 years later... the man whose campaign she brilliantly managed was sworn in as the 45th president of the United States and she became the first woman in history to successfully manage the election of a United States president... and I transported her when the airlines couldn't... thanks to Senator McConnell, or course. Congratulations Kellyann, even though you never knew who I was, you are now in my file of fun pilot's stories.

Posted by Wes Oleszewski at 3:07 PM No comments: 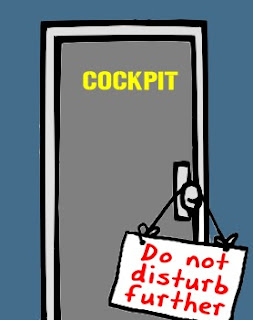 Posted by Wes Oleszewski at 10:11 AM No comments: