I Have a Dragon On My Head 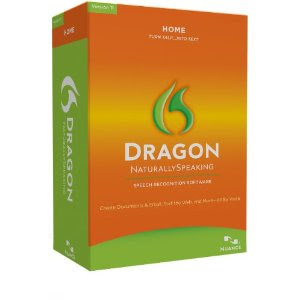 This past May when the weather turned fine and wonderful I went about my normal spring duty of cleaning the windows in our home. Since we live near the water our house consists of three floors that are almost all Windows. The second floor alone has a total of 19 Windows all of which are large, new and very energy efficient. Those qualifications alone make them a chore to clean. Upon finishing the last day's cleaning I discovered that my left shoulder was pretty sore. I figured that over the summer the soreness would fade-but instead it got worse. By early October I had decided that it was time to visit the doctor.

If it wasn't for the welds on the tank dome gores of the Saturn S-IVB stage and the need to inspect them for microcracks back in 1964, we probably would not have the amazing technology known as the MRI. Thus I found myself sprawled beneath one of these machines as it clacked away while hovering over my sore shoulder. A few days later surgeon took those films, slapped them on a light table, looked at me matter of factly and said, "This is very straightforward- you have torn rotator cuff. You'll need surgery ASAP." Then without batting an eye he added that my left arm would have to be immobilized after the surgery for no less than seven weeks and I would there after have to be in the sling for no less than four months. When he asked what I did for work I told him I was a writer. He said that was my good luck because the fingers on my left hand could still punch the keyboard.

After hearing testimonials from other folks who have had the same procedure I realized that there would be a lot of "discomfort" in that seven weeks and the odds were good that I sure as hell wouldn't want to be pecking at the keyboard with that left-hand. It was then that I saw an advertisement on the TV for some new voice recognition software called "Dragon." Although voice recognition software of 10 or 15 years ago had been a nightmare I had the feeling that it may have come a long way since then. Considering that price software was reasonable and that for me, as a writer, it was also tax-deductible I decided to buy it.

Now here I sit with my swollen fingers, my immobilized left arm, talking into a headset that came with the software that I learned how to use in just one evening and writing this blog. I have a Dragon on my head… Of course, that may just be a hallucination generated by the pain medication that they gave me after the surgery.

The biggest problem I found so far with Dragon is trying to put the damned headset on with just one hand.

While discussing the details of my surgery with the doctor who would perform the task we sat in his office and he carefully and professionally showed me the finer points of the procedures. As we began to talk about my rehabilitation, I mentioned that I had purchased some voice activation software to aid me in my writing while I was on the mend. The doctor stopped talking, his eyes widened, suddenly everything about my surgery had been put aside-"Did you get Dragon?" he asked excitedly. "Yeah." I replied.
Soon we were chatting about the voice activation software that he currently used in his own office and how the company that sold that software was no longer supporting it-he was going to have to select a new package. It turned into one of those scenes where I shortly became aware that my surgeon had done thousands of surgeries just like mine and so what really sparked his interest was the new software. Frankly, I found the situation highly reassuring-I was in the hands of a true expert. It was sort of like jumpseating on airliner and in the middle of the whole flight you happen to mention that your dad was a railroad engineer and thereby you suddenly discover that the guys flying the aircraft are train buffs. Suddenly the whole task of flying goes out the window while you sit there and chat about trains all the way to Baltimore.

Anyhow, for the next five months I'll be writing this blog by talking to my computer. The best part of that is-I really haven't bought anything that allows the computer to talk back… Yet.
Posted by Wes Oleszewski at 9:39 PM