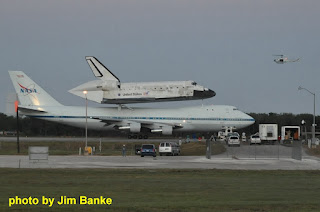 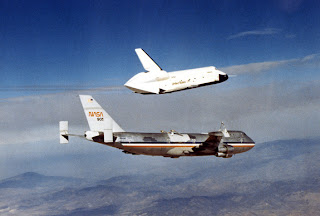 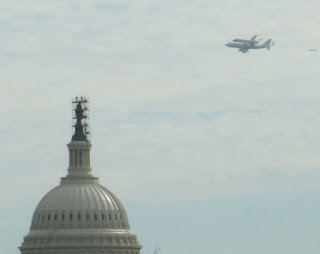 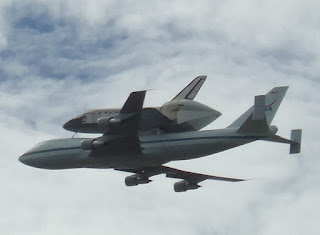 
So here we are, watching a $1.5 billion machine being turned into a museum piece for no good reason other than lack of vision and lack of leadership. Thus, as I watched SCA905 and Discovery fly by, my thought was “Tisk, tisk, tisk… A museum piece after just over one quarter of its designed lifespan. What a waste."
Posted by Wes Oleszewski at 8:55 AM