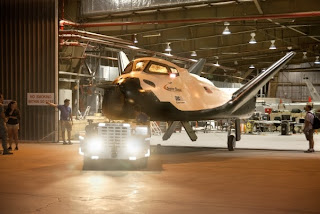 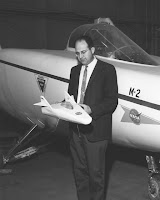 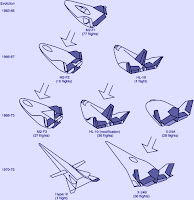 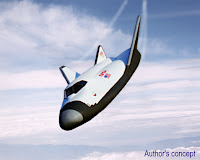 AUTHOR'S NOTE: I'm a lifting body "nut" and have been since I was in the 8th grade. From then on I started learning as much as I could about them and messing around with my own "shapes." In high school I developed my own shape and as a part of my 11th grade drafting class project I drew up plans for my lifting body to launch piggyback aboard a sort of  Titan IIIC model rocket. It was complete with a pad and a fixed service structure that had a swinging shelter to cover the lifting body. Just by coincidence, that was remarkably close to the Space Shuttle's RSS, even though I had never seen plans or images or even the concept of the RSS at the time. As I worked on the project, my drafting teacher came by and pointed at my lifting body and asked, "What's that?" I told him it was a lifting body- a wingless aircraft. He just walked away shaking his head. When I got my final grade it was a "C" and there was a note scrolled on the page with the lifting body that said, "I thought you would know that an airplane can't fly without wings." Today, my Dr. Zooch Rockets company sells a rocket that uses that exact same shape- and yes, it does fly.
A few years before Dale Reed passed away, my former college roommate, Pete Merlin, who works at NASA Dryden, took one of my lifting bodies in and showed it to him. Mr. Reed approved saying that he thought it would make a good hyper-sonic shape as well. Not bad for a kid who had to teach himself about lifting body flight, eh?
Posted by Wes Oleszewski at 8:58 AM