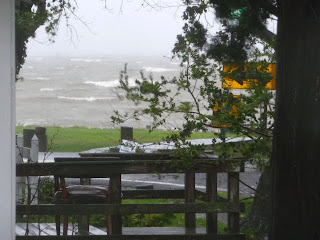 
It's just like camping- only instead of picking up your home and taking it back to civilization when you are done, you simply stay in your house and wait for civilization to come back to you.
Posted by Wes Oleszewski at 9:53 AM