What to do during the debate.


Tonight during the debate I'd advise everyone that, while the media is focused on the political and the politically correct, you should do something just the opposite. In my case, I'll not be watching a moment of the debate... instead I'll be watching a movie that could NEVER be made today... Blazing Saddles! 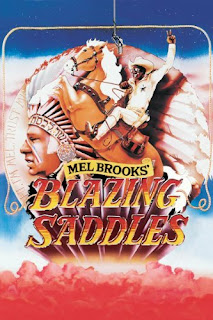 Of course, any Mel Brooks movie will do... but this one is the most politically incorrect ever. Thus, I love it. Saw it in the theater in 1974 among a VERY mixed race crowd- and we all laughed our asses off. Remember those days, when we could all laugh at each other, and all laugh together? Those days before everyone seemed so spring-loaded to the "offended position."

Frankly, the only thing that offends me are people who are always offended by stuff.

Posted by Wes Oleszewski at 6:23 PM