SPACEFLIGHT FOR EVERYONE… EXCEPT YOU.

Private and commercial spaceflight will soon open the frontier of space to everyone… except you. 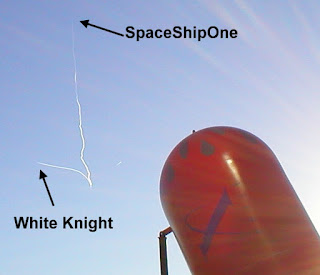 (Author's note: I linked this piece to a popular social media space site and the discussion rapidly went out of control. I guess those who sit around and daydream that somehow they will be teleported into space, or the Elon Musk fanboys, have a rough time with the light of truth. Soon the "moderator" shut off discussion, yet with that said, "I'm not sure what the point of this op-ed is, other than bashing these companies and telling young people to give up aspiring to anything greater in space." Gee, talk about reading with one eye. If you are unsure of the point- in other words- you DON'T GET IT, read it a few more times, or ask the author what they mean and have it explained  more simply to you.    NAAA... it's easier just to shut down the whole discussion  *click* censored. So, I simply deleted the link and left this page open to grown ups. Oh, and by the way, to the keyboard cluck who, while pointing out that I had typoed the name "Burt" and said I thereby "...have absolutely no credibility."  Go screw yourself (if you are not presently doing that anyway). In the last 3 years I have written and had published more than a quarter of a million words (317,336 to be exact) on the subject of spaceflight, yet you dribble that my typoing one name causes me to lose all credibility while you sit at your keyboard and post pointless quips on FaceBook? Yeah, right. Have a nice day.

For the grown ups who can handle the truth- here it is...

More than a decade ago we watched breathlessly as SpaceShipOne rocketed away from the WHITE KNIGHT mother ship into space thus winning the X-Prize. Anyone paying attention celebrated because at last the day was here “commercial” or “private” spaceflight was about to make space accessible to us all. No longer would the far reaches of space only be accessible to astronauts, and cosmonauts working for assorted governments. In the years leading up to the flights of SpaceShipOne, Burt Rutan himself had boisterously spoken of the fact that NASA had a lock on space travel. Speaking to crowds of aviation enthusiasts he often said, “… NASA is screwing you!” Now the flight of SpaceShipOne would surely change all of that. And with the aid and sponsorship of billionaire Sir Richard Branson he began the development of SpaceShipTwo which would carry paying passengers beyond the boundary and into space. Of course, if you think that you are going to be one of those passengers, think again.

Ticket prices for a trip on Rutan and Branson’s magic carpet to open space to “everyone” are currently set at a quarter of a million dollars per seat. Thus, only the extremely rich and highly famous among us can possibly afford to make that little flight. The reality is now it’s not just NASA that is screwing you, but it is now also Burt Rutan.

Yet, many of us look at other options toward spaceflight such as billionaire Jeff Bezos’ Blue Origin project. This private/commercial venture utilizes a returnable booster and a suborbital capsule designed to take private individuals into space and return them to the earth by way of the capsule. The system has, as of this writing, been tested three times with amazing success. The company’s own animation depicting the future shows space tourists in flight suits aboard the capsule enjoying a once-in-a-lifetime experience of weightlessness in space with an exciting yet pleasant return to earth. Indeed every one of us would love to go on that trip. Of course, Blue Origin has yet to set a firm price for such an adventure. The odds are good that unless you’re in the economic category of individual who will arrive at the launch site by way of your own private jet, you are unlikely to be able to ever afford that experience.

Xcor is out there and rapidly developing a suborbital space plane of their own. The sole purpose of that is to fly paying passengers, one at a time, on suborbital trips into space. Under full disclosure, I am an Xcor fan and have watched their development for more than a decade. At this moment I am wearing an Xcor hat as I write this article, yet the reality is they have not done the years of work, research and development as well as the commitment of investment cash to do anything other than make money. After all, that is what the term “commercial” actually means. Thus, like the others listed above in this story their ticket price for a single ride will be nowhere within the reach of almost all of you reading this article. Likewise their ticket price will be nowhere within my reach either. I’ll have to settle for my hat.

And then there is SpaceX and their vision of private spaceflight to fantastic destinations such as Mars. Elon Musk and his fellow visionaries at SpaceX are currently drumming up enthusiasm for us earthlings to travel with them and colonize Mars for the permanent habitation of mankind. What true space enthusiast would not want to take that adventure and make it their personal trip of a lifetime. Perhaps you have dreamed about this and perhaps you’ve looked at SpaceX’s plans for Mars and said to yourself that is what I would like to do with my life. Well, I hate to be the one to break it to you, but the odds of anyone reading this actually making that trip are not only dependent on SpaceX turning that hyperbole into reality, but also you becoming the absolutely physically perfect specimen to go on that trip. Frankly unless you have won the genetic lottery and are the type of specimen that could meet the approval of Hugo Drax himself you are better off attempting to win the lottery and fly with either Branson or Bezos.

The bottom line is that the development of private/commercial human spaceflight will likely never evolve the way the transportation of airline passengers developed. In the early years only the rich and famous could afford the fly aboard airliners, yet as time went on and the amount of seats available as well as routes available grew dramatically the price began to become affordable. Do not expect that to happen with spaceflight in your lifetime. Certainly, the rich and the famous will soon have their chance to experience spaceflight and thus it will be said that now space is open to everyone… except you, of course.
Posted by Wes Oleszewski at 4:40 PM