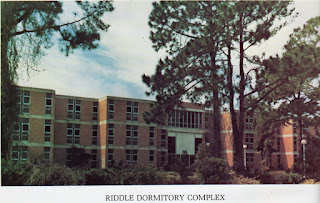 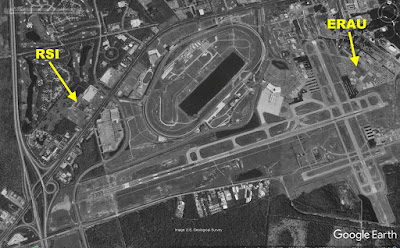 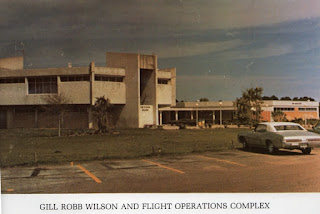 That afternoon our parents had listened to President Hunt speak about “our” university. If you ever made the mistake of saying “your university” or “the university” in front of President Hunt, he would stop you and correct you by stating, “No… it’s OUR university.” He wanted to engrain into you the mind-set that this place was not left to us by long-dead bearded men with mutton chop sideburns and powdered wigs- it was being built by us- now, at this point in time. Indeed we and ERAU grew up together. Most impressed with the president’s talk was my Mom. When I saw her at the BBQ that evening and we said goodbye she told me, “This is gonna be quite a place for you.” Later, as my Dad, Mom and younger brother drove back toward Michigan she said that she felt as if they had left me where I truly belong- to which my little brother quipped, “Yeah- he’s finally been institutionalized.”
That night I sat in my pull-out bunk at the RSI and scrolled the day’s events into my pocket journal and ended with the phrase, “My God… I’m actually HERE!” I was setting out to do the impossible. “Impossible?” you may ask… and then scoff, “Naaa.” Yet, from my point of view at that time, this endeavor was indeed the impossible. No one back home, and I mean NO ONE, thought I could ever do it. My high school guidance counselor flatly told me that I couldn’t do it and urged me to just go to the community college instead. Relatives scoffed and quipped that, “people like us can’t do that sort of thing.” I’d seen plenty of eye-rolling and heard a lot of doubtful snickers. Hell I left home with a $2,500 student loan for the full year while knowing full well that ERAU would cost me $2,900 per trimester- without flight! Yet I jumped into the meat-grinder anyway knowing that Mom and Dad could not help me and  I would have to work to make up the difference. I had left my long-time girlfriend (who would outgrow me in the first few months and be gone), hockey (of course I really didn’t need that third concussion anyhow), my cozy community of Freeland, Michigan, my home and everything to set out on this new path with all of the odds stacked against me- it was impossible. My goal, however, was fixed in stone and it was very simple- it was just to finish.
Posted by Wes Oleszewski at 11:55 AM