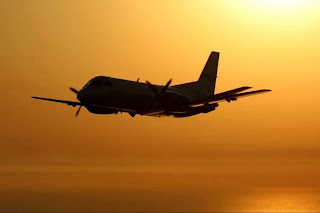 It seems as if the weirdest crap hits the ventilator on clear blue sky days when everyone’s relaxed. It was early summer 1996 and I’d been flying the Saab 340 for nearly two years by now and that aircraft hated me as much as I hated it. Our mutual disdain had by now settled down to the agreement that I wouldn’t cuss it out in public and in exchange it would allow me a good landing about once a week. That was pretty much the same deal that the stiff-legged SOB gave to everyone else in the company, so I could live with it.

We were cruising along from Appleton, Wisconsin to Minniepoopolis chillin’ in the fine weather when someone came over our bullshit frequency.

“Everyone, get on ops. right now, there’s some real shit goin’ on!”

Normally the company required that we kept one radio on ATC and the other on ops. No one at our company ever did that. Instead we kept the second radio on a frequency we loosely called the B.S. channel, or “the five fingers” which was 123.45. Reacting more out of interest than of concern I dialed up ops. We heard a few exchanges between one of our flights and ops. There was a mention of having the flight attendant guarding the door to the aircraft’s lav. and then the captain saying that he wasn’t going to divert because they were close enough to their destination. My captain and I looked at one another a bit puzzled and then the ops. came up and gave the strangest order I ever heard come over the radio.

“All aircraft, have a crewmember go into your lav. and smell the blue juice.”

There was a pause and one of our aircraft came up and asked.

“What’re we supposed to be smelling for?”

That pegged my weird meter.

“We have an aircraft in flight,” ops. replied seriously, “that has avgas in their toilet instead of blue juice. We need every aircraft to check and see if they have the same problem.”

My captain reached to ding the flight attendant and I stopped him.

“I’ll go back and check,” I volunteered. If we did have aviation gasoline in the toilet, I didn’t want anyone doing anything about it- like trying to flush it away, or worse yet, using a lighter to tray and see inside. Never underestimate human stupidity when things are in weird mode.

I unbuckled, put a smile on my face and headed to the back. The flight attendant was one of the newer girls, and when I say “girls” I mean that many of these regional FAs were kids fresh out of high school. She was just serving pop and peanuts to back rows as I squeezed past and reached for the lav. door.

“Oh, nothin’,” I quipped, “we just got a light up front that says the toilet’s running and I need to jiggle the handle.”

I left to door cracked so the light wouldn’t come on. Gave a general sniff, and got in as close as I dared and sniffed again. Oh the glamour of being a regional airline First Officer.

We had blue juice, but I wasn’t taking any chances.

“That thing is busted,” I told her aloud, “make an announcement that the lavatory is out of order, okay?”

“Sure,” she smiled sweetly and continued her serving.

When I got back to the cockpit I reported to my captain that we seemed to be okay, but I asked the FA to announce that the lav. was out of order. My reasoning was that if we did have avgas contamination, it may not come through until someone flushes. He agreed and then told me that two more aircraft had reported in with av. gas in their blue juice. One was on the ramp at an out-station and the other was about to land at their destination.

So, “how in the world could this have happened?” became the talk of  the crew lounge. Some speculated that maybe a disgruntled ramper had dumped a few cups of 100 low lead, which is blue in color, into some of the toilets. Others said that it was some sort of a gag gone wrong.

The answer was far more simple and quite innocent. The company that fueled our aircraft at Minni had hired a new fuel truck driver. That morning, when things were slow, he was given the avgas truck and told to go onto our ramp and top off all of the tanks on all of the ground equipment. The baggage loaders, ground power carts and such all had gasoline motors that were always fueled with 100LL. He did exactly as he was told, except he didn’t know the difference between the fuel tank on the lav. cart and the blue juice tank- which is opaque plastic and allows you to see the blue juice inside. So, he went over, opened the blue juice tank and topped it off with 100LL. 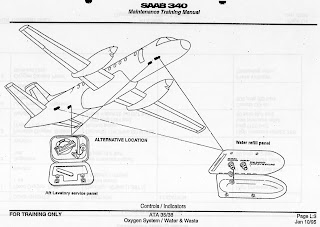 Now came the biggest problem. The company had three aircraft grounded with their toilet systems contaminated with highly flammable aviation gasoline. What do you do about it to make them airworthy again?

Our company mechanics had no idea… of course these were the same guys who though a valid fix for a ding on the back side of a composite propeller blade was to color it in with a black marking pen rather than using the repair kit which would require the aircraft to sit for 24 hours. Saab USA, had no idea and neither did Saab overseas! Then our FAA PIO, who could normally not find his ass with a funnel, got involved and the situation dragged on. The company swapped some of the southern system birds up to cover the shortage of airframes. It was summer, so our mechanics didn’t have to rip the deicing boots off before they could fly. Normally the southern birds had crappy boots and were not suited for the northern system.

Eventually the word circulated among the pilot group that they all decided just to drain the system the same way you would drain a piston aircraft’s tanks for an inspection, let it dry out, disassemble it, check for local leaks, and replace any of the plumbing that the avgas may have compromised. The fittings, tubing and seals were not intended to contain avgas and could be degraded. Under pressure the system could easily form a blue juice geyser on some unsuspecting passenger. As best I can recall it took about three weeks or so before the contaminated birds were back on the line.

I have no idea what happened to the fuel truck driver. Odds are they kept him. Hey, good help is hard to find and he was making more money than some of our pilots, so why would he wanna get out of aviation? 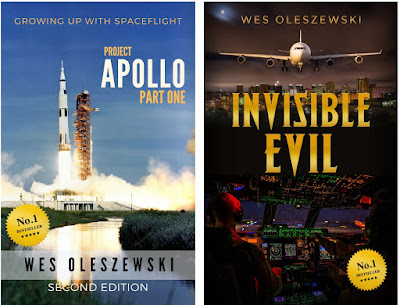 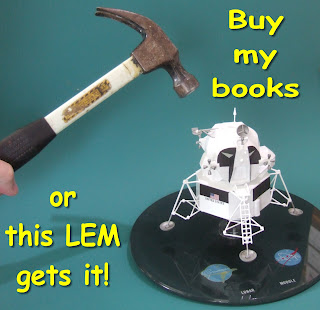 Posted by Wes Oleszewski at 8:18 PM