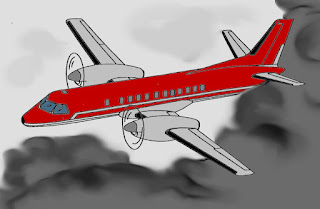 My captain’s upgrade bid opportunity with Northwest Airlink came up in November 1995. That, however, was to be the captain of Jetstream 3100, referred to in our pilot group with little affection as the “Junkstream.” Those aircraft in our fleet were beat to hell and the trips all sucked. No thanks, says me! My chance to bid captain on the Saab 340 that I’d been flying since I started at the company came up the following spring. Yet, my prime bid for vacation came out at the same time. Unwittingly, the idiots at crew scheduling had approved my sweetheart choice of two weeks back-to-back beginning on July 5th! If you were a pilot at a regional airline in those days, that alone could trigger an orgasm. When I showed it to the guys in the crashpad they all laughed, and then immediately began a group scheme to preserve and protect my bid.

First off, I needed to NOT bid for captain. Second I needed to not interact with scheduling for any reason- just lay low and be a good boy. Additionally, no one outside of our CID crashpad could know about this award. Finally, I had to sit tight and watch a whole bunch of pilots that I was senior to go to captain ahead of me. The result was that within four months I was the number 2 first officer in the whole company and number 1 in MSP.

A funny trend then took place. Tim Hughes, who was the senior captain at CID and the leader in this conspiracy, had been bidding with me nearly all year. He was also an IOE (Initial Operating Experience) check airman in the Saab. So, sometimes he had to go and fly with newbee captains. When he did that, the company usually stuck me with some newly minted captain out of the southern system. It was sometimes fun but on one occasion I needed to drop the hammer on one of these egos.

Tim and I flew up to MSP on our first leg of the day then he had to split to do his IOE dance. Our next scheduled leg was to Duluth, also known as “Scrub Dog.” It was early May, and the weather had been unseasonably warm. But my look at the weather that morning showed a quick moving cold front sweeping down out of Canada. There was a lot of moisture in the air, and that spelled nasty for Scrub Dog. I hadn’t met the new guy yet as he was not one of our northern pilots. He was born and minted in MEM and the southern system. Worse yet was the fact that the newly earned fourth stripe had really inflated this person’s ego.

I’d remained in the cockpit finishing my paperwork when captain newly-minted stomped aboard. He flopped into his seat, looked at me, scowled and said,

“Here’s my rules for first officers…”

As he was uttering the old worn out “Flaps up, gear up, shut up,” line I unbuckled, nabbed my flight bag and got out of my seat. I’m not God’s gift to aviation, and I had always been a really good guy to trip with. Sense of humor and clear focus on the job and procedures- but at age 39, I was a good deal more mature than nearly all of the other FOs and some of the captains at the company. Plus, this was my second airline… I wasn’t gonna take that sort of crap from anyone.

“I’m fatigued,” I replied, “thirty seconds and I’m tired of your shit already.”

Now it was time to lay out some facts for this new captain from the tropical southlands.

“You probably haven’t looked at the weather up in Duluth, and there’s no way I’m flyin’ into that shit this morning with the likes of you.”

“Hey, hey, “ he waved his printed paperwork, “I just got off my flight in from Memphis and I have it right here. Look… maybe we got off on the wrong foot.”

“Yeah, and it’s in your mouth. Now you’ve got mine in yer’ ass.” I decided that maybe this guy was worth keeping if I could deflate his head enough to allow for room in the cockpit. “Look at your sonority number and look at mine. I’m nearly a full year ahead of you. That means that I’ve been flying around in this shit up here for a long time. They had you all set up to go into the worst of it today with me, but you gotta pull that “my rules for FOs” bullshit on me. So now I’m gonna leave and they’ll replace me with someone new who is sitting on reserve. Get it?”

That took the wind out of those sails and we started to communicate. He offered to take the leg up to Scrub Dog and I said I’d take the leg back to Minni. We made it in and out in unsettled weather then on the climb out the shit hit us. I was flying and we started to get thunder ice. I knew which way the stuff was moving and our normal route to the southwest was just not gonna cut it. Then we hit a large area of turbulence just as we contacted MSP approach there was a “woosh” as we ran through a brief area of severe ice that turned to moderate. I called for the boots to “continuous” and he asked about “bridging.” I told him that was myth and give me “continuous” which he did, then the radar went pure red. Of course it wasn’t heavy rain, it was the raydome iced over- which happened on the Saab sometimes. Now it was a matter of just knowing the pattern of the storm’s movement. I called ATC and told them about the icing and asked for a turn to about a 135 heading. He cleared me for that, plus “as needed” and asked to let him know when we were in the clear. It only took about the longest five minutes or so in that new captain’s career before we popped out of the shit. I had to ask him to tell approach and they had some Northwest flights follow our lead. Captain ego was pretty much puckered in his seat.

We came into Minni from the east and landed just fine. I asked how he liked flying in the northern system?

“I ain’t never seen notnin’ like that before?” he shook his head.

We flew together for three more trips before I hit my go-home day. He instantly mellowed out and was a darned good pilot and well on his way to being a good captain. However, he did tell me that he was bidding back into the southern system right away.

Oh… “and what about the vacation bid?” you may ask. Well, that’s another story. 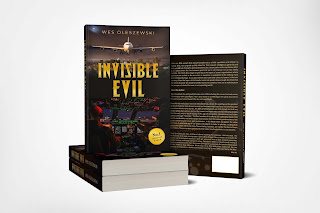