BE HERE TOMORROW MORNING AT 8:30 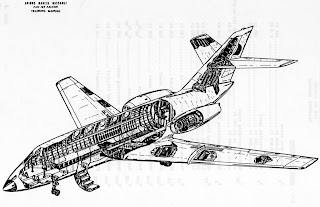 This is the way an aviation mechanic pictures a corporate jet. Not quite the way most pilots see it.

I had just come home for the summer of 1985 after a very productive Junior year in the flight program at Embry-Riddle and was looking for a useful summer job. Considering that my home was located 5,747 feet from the end of Runway 5 at MBS airport, I figured that was a good place to begin my job search. Aero Services was located at Hangar 6 on the airport and, as a Falcon Jet service center, they had already hired me twice before- once as a parts department clerk and once as the hangar rat, plus my brother was previously employed there as a line guy before he left for college… thus, what the heck?

So close was the airport, with nothing but country roads surrounding it, that I just hopped on my bicycle and road over there. Dropping into the aircraft maintenance ramrod’s office, I just told him I was lookin’ for a summer job. Bob told me that he wasn’t really in need of anyone right now, so I thanked him and asked if it was okay for me to go out in the hangar and say hello to some of the guys? He said that was no problem and I proceeded out among the aircraft. Only a couple of the guys I’d worked with in the past were still there, but at the far end of the hangar was Tim. He had been the ramrod who had hired me both previous times, and was now working for another company. Today he was in with their jet getting some work done. We exchanged some friendly jabs over old times and I mentioned that I was there looking for summer work, but Bob didn’t need anyone at the moment. He wished me luck and told me to get my ass out of the hangar before I drooled on the Falcon Jets too much… owners sort of frown on that.

When I got back home my mom gave me the news that Bob had called from Hangar 6 and I was supposed to call him back right away. I knew the number by heart and when Bob answered he spoke in his normal deadpan tone. He told me that he had a Falcon 20 coming in tomorrow for a big “D” inspection that would take all summer. He said that Tim had come into his office and reminded him that my brother and I each did more work than three of their full time employees and he was a dumb ass if he didn’t hire me for this inspection.

“Be here tomorrow morning at 8:30,” Bob advised without a hint of emotion.

All United States aircraft are required to go through some sort of maintenance inspection process to ensure they are in an airworthy condition before continued operation. In the case of Dassault Falcon Jets the manufacturer put in place a series of scheduled inspections depending on aircraft operational cycles. In 1985 these were categorized as “A,” “B,” “C,” and “D” type inspections. Speaking in the most general terms, the “A” inspection is the most frequently required and the least complicated often involving replacement of light bulbs, checks of heavy wear components and non flight critical items that may have to be replaced. A “B” inspection is far more extensive involving more critical items. The “C” inspection was the big daddy where engines, landing gear and control surfaces come off, interiors get pulled and so on. By the summer of 1985, no Falcon 20 (we were told) had ever gone through enough cycles to qualify for a “D” level inspection yet still remain in service. The bird that I'd be working on had done exactly that. 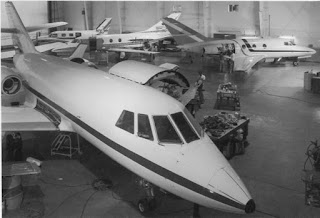 Although I cannot recall this aircraft’s exact history (keep in mind- it was a summer job and I was deep into working on it with one eye set on going back to school), some of the guys said she was an original Pan Am bird, another said she’d flown for Circus Circus and another said she’d flown in Japan for a while. It all made no difference to me. I was hired on as a mechanic working under the shop certificate. In essence what that meant was that everything I did had to be under the supervision of our shop Aircraft Maintenance Inspector (A.I.) and I was not to sign off on anything. In all, the whole summer would be a great learning experience for me. We dug into the aircraft and started dropping panels. All that was needed was a speed handle, a pocket full of tips for it and a lot of bags to put the screws into. All the while the representative from Falcon Jet kept tabs on us… this really was a “first” for the company.

In a “D” inspection everything, and I do mean EVERYTHING, comes off or out. From wing bolts to cockpit windows- if it can come apart, you take it apart. The job was so labor intensive that even little Rickey the hangar rat was handed a speed handle and set to work. This was not uncommon- six years earlier when I had his job they often used me to drop panels. As it turned out- on this job they would have been $179,000 better off if they had left him with his mop and bucket working on the hangar floor. 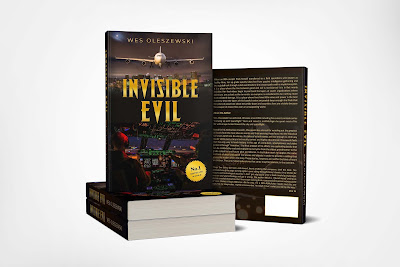 This story brought to you by Invisible Evil my first novel. An aviation spy thriller that no aviation person should miss.

We’d only been at it for a couple of days and I was working on the inside of the aircraft on the aft bulkhead. I’d left to get a shop rag and when I went back into the aircraft I saw Rickey working at removing the screws from the panel on the skin beneath the droop leading edge (DLE). The flaps were down to 40 and thus the DLEs were down as well, so he had access to the panels. But, as I walked past I noticed that he wasn’t completely removing the screws. Instead he was just backing them out about 2/3 of the way. Walking back inside the aircraft toward the tail the thought struck me that it was fairly dangerous for him to be working there because one of the mechanics had a hydraulic mule hooked up and running on the aircraft’s system. Just when I decided to go back and show him how and why he should do it right, I heard the mechanic in the cockpit shout, “CLEAR FLAPS!” 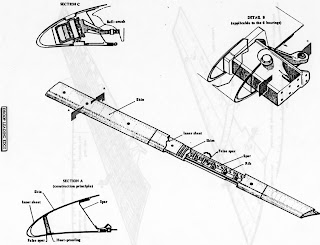 It was sort of like a nightmare when you want to move fast, but everything goes into slow motion.
“Noooooo!” I shouted as I bounded for the cabin door. It was too late… as the flaps hit 15 the DLEs were triggered to retract. I arrived just in time to see Rickey pull his hands clear and then watch as the DLE retracted over those raised screws! The metal cracked, rippled and groaned with agony and it felt like someone was being tortured right in front of me.

Cost of this blunder was $179,000 and change, but it could have been far worse if little Rickie hadn’t gotten his fingers out of the way as fast as he did. The DLE was not repairable the underside nut panel was stripped, but easily repaired. Insurance, we were told, covered $125,000, but the company ate the rest. Fault was clearly the mechanic’s who should have never had a live mule running on the aircraft while someone was working on the control surfaces. No one was fired- we were just told to be more careful and press on with the inspection. We also developed the motto, "Just keep the damage under $125,000."

To this day the sight of that DLE backing up over those screws still haunts me. One of those things you just cannot un-see.

NEXT: Part 2, Magnum in the front window.

Also see my other recent book... 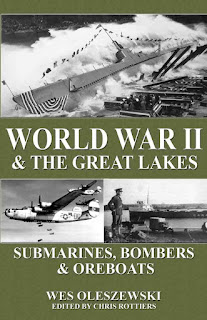 Posted by Wes Oleszewski at 3:21 PM